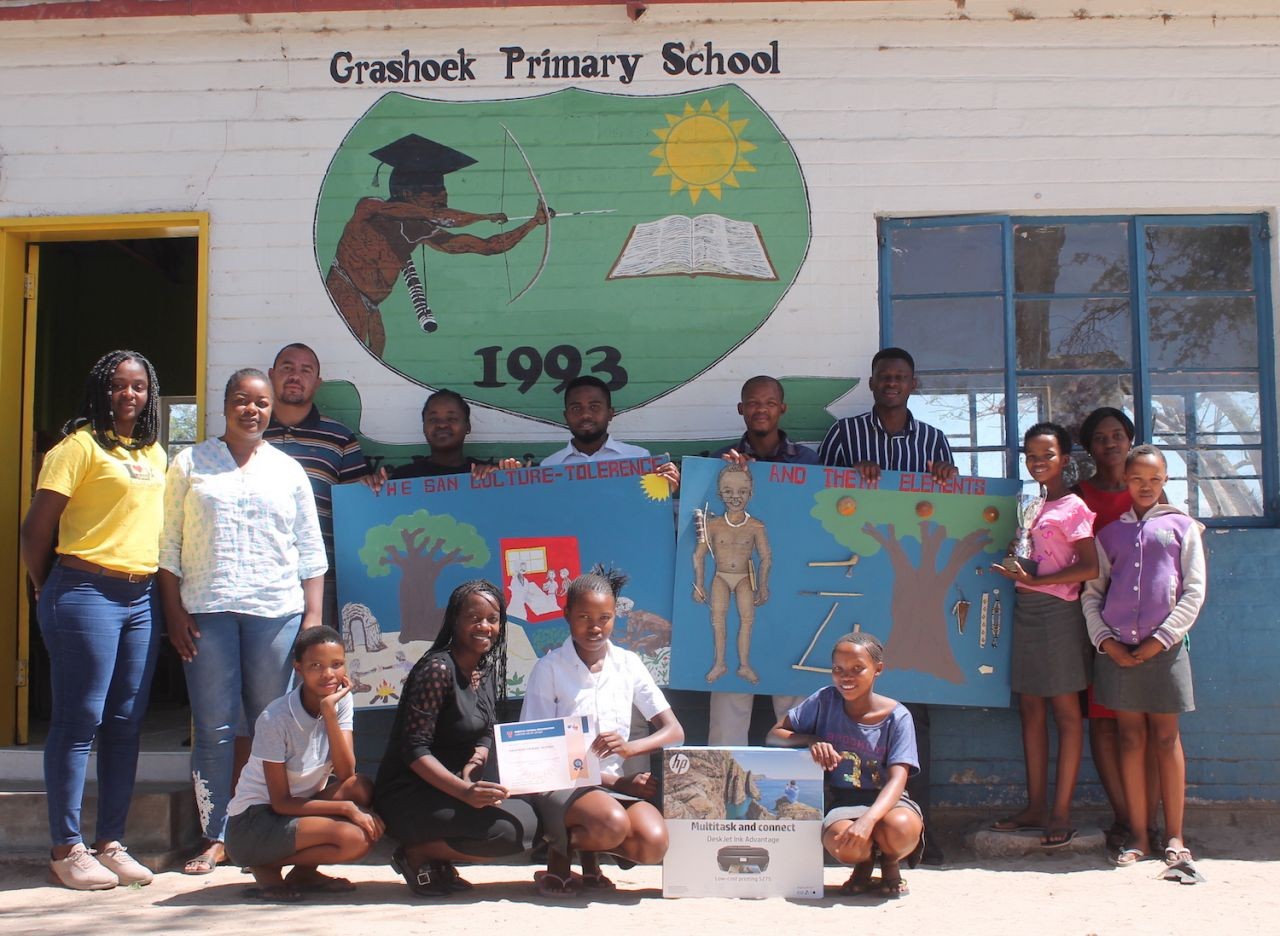 The San population is spread across many regions, including Otjozondjupa, Omaheke, Ohangwena, Kavango East and Zambesi. According to the OSISA Group report “Rethinking Indigenous Education,”-        only 67 % of San children in the country enroll in school.-        only 1% of those children complete secondary school.Many causes have been identified to explain why many San children find it difficult to complete education. One of the causes is cultural discrimination. In schools where San children are a minority other learners, at times teachers, can mock them. The school is then not perceived as being San-friendly and doesn’t feel a safe environment to San children.

In an effort to address the issue of cultural bullying in the Otjizondjupa region, with support from the Embassy of Germany, the Ombetja Yehinga Organisation (OYO) embarked in the ‘San Matter project’. Many activities took place in 2019, including a presentation by the OYO dance troupe, a school exchange visit program, a presentation by a local San youth group from Uitkoms, two girls camps and much more. The project culminated with the San Friendly competition. The twelve schools part of the program were invited to take part in the competition. A series of tasks was agreed upon. They included the painting of boards (to look at how to promote cultural tolerance), the creation of songs (about education and about the school itself) and the devise of a drama (looking at bullying and how to tackle it). Of note is the fact that the words for the song on education were written by San girls themselves during a girls’ camp. The schools were just tasked to create the melody.

A team of four then visited all the schools to evaluate the tasks. They evaluated the work done by learners and marked the schools based on a set of criteria that had been agreed upon. Otjituuo Primary School came as the winner with Grashoek as runner up. Uitkoms Primary School took the third place and Okahandja Secondary School won best song. 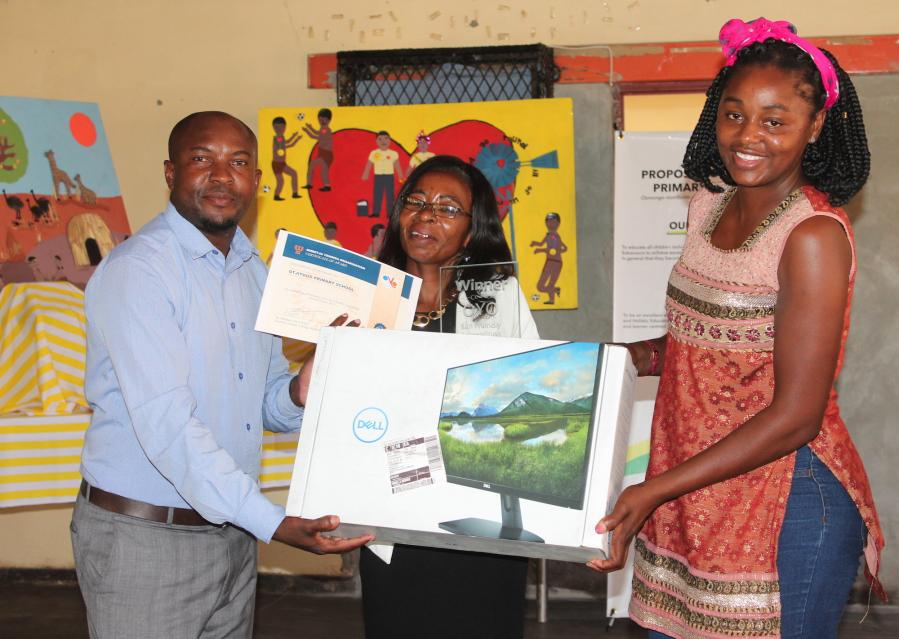 During a prize giving ceremony, Cecilia Petrus, OYO general manager, complimented the schools involved and reminded them about the importance of education. She reminded all that we should not return to old ways but should keep on working together as one Namibia, one Nation. She outlined that Education is a fundamental rights for all, no matter which cultural group one comes from. She encouraged teachers and principals to build on the gains made this year with the project. ‘This project is only for one year’, explained Dr Talavera, OYO’s director, ‘but schools should continue in 2020 to ensure that all children enjoy education in safe environments. It is difficult to secure funding for such projects in Namibia and we are most grateful to the German Embassy for their support.’

Thanks to the generosity of the German Embassy, Otjituuo Primary School won a computer, a trophy and a certificate while Grashoek Primary School was presented with a printer, a trophy and a certificate. They were handed over by Cecilia Petrus and Joshua Homateni, OYO’s production manager, during ceremonies at school level. Principals, teachers and learners were very excited and took this chance to exhibit once again their boards and sang their songs.