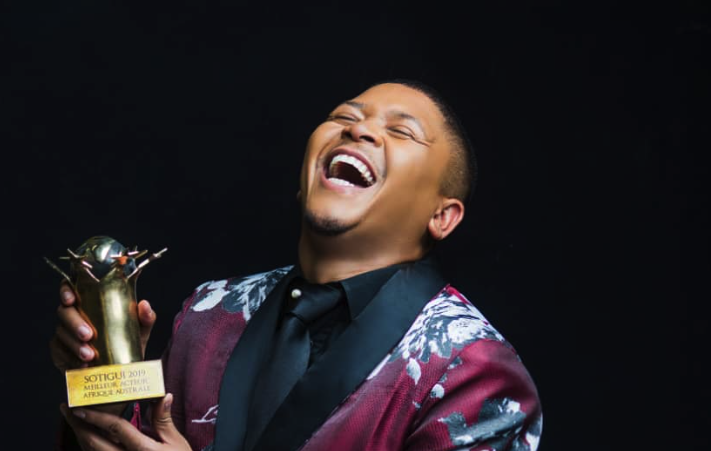 Adriano Visagie stepped on the stage on Saturday 30 November 2019 at Canal Olympia Ouaga 2000, in Ouagadougou, Burkina Faso, to collect the Sotigui Award for Best Actor Southern Africa for his world-class interpretation of Carlito in Philippe Talavera’s film ‘Salute!’. He was in competition with Kandyse Mc Clure, South Africa-born, Canadian-based, for her performance in ‘Sew the winter to my skin’ (it was screened in the Contemporary World Cinema section at the 2018 Toronto International Film Festival and selected as the South African entry for the Best Foreign Language Film at the 91st Academy Awards) and Emmanuel Mbirimi from Zimbabwe for ‘the letter’. He joins Munya Chidzonga from Zimbabwe (winner 2018) and Fulu Mugovhani from Africa (winner 2017).

In his acceptance speech, Visagie thanked the Sotigui Academy and congratulated Burkina Faso for looking beyond its border. He was impressed they could recognise talents as far away as Namibia and appreciate African artist from all over the continent ‘this is how we will build a United States of Africa’. He added ‘in Namibia as black children we are often told that we cannot make a career in acting but in the rest of Africa you have made it possible, paving the way for us.’ He thanked Dr Talavera and the cast and crew of ‘Salute!’ and added ‘a win for one is a win for all of us’. 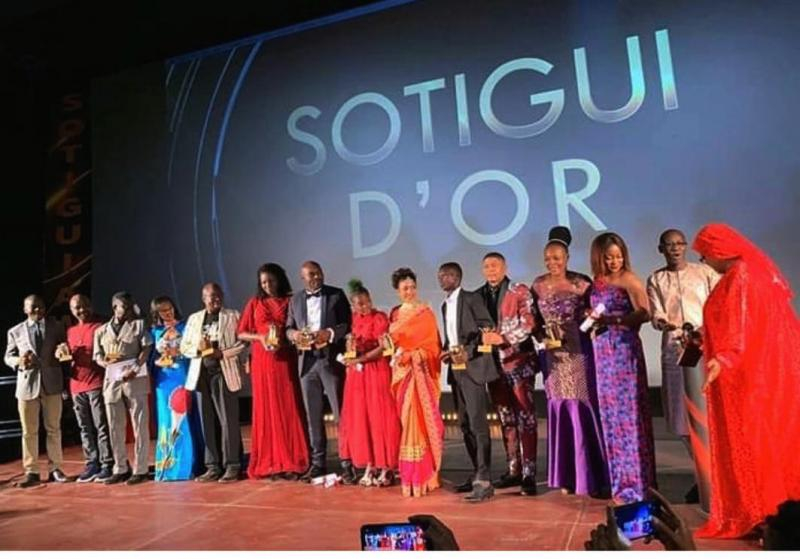 ‘Salute!’, written with inmates from the Windhoek Correctional Facilities, follows the story of Carlito, sentenced to five years for fraud. Talavera says ‘it is a difficult film for Namibia. A first of its kind: done with inmates, workshopped with ex-inmates, shot at the facility with a mix of civilians and inmates as extras. It touches on issues around same sex relationships, power, gang, violence. It found its niche internationally, first with its nomination as best film Southern Africa at the AMVCA 2018 and its selection at AIDS 2018 in Amsterdam and now with Adriano’s well-deserved win in Burkina Faso. Locally, it remains one of the most talked about movie since its release in 2017. The cast and crew are all incredibly proud of Adriano’s win. It is a win for him, it is a win for ‘Salute!’ and it is most definitively a win for Namibia’.