San Matter Project - An interview with the Patriot newspaper 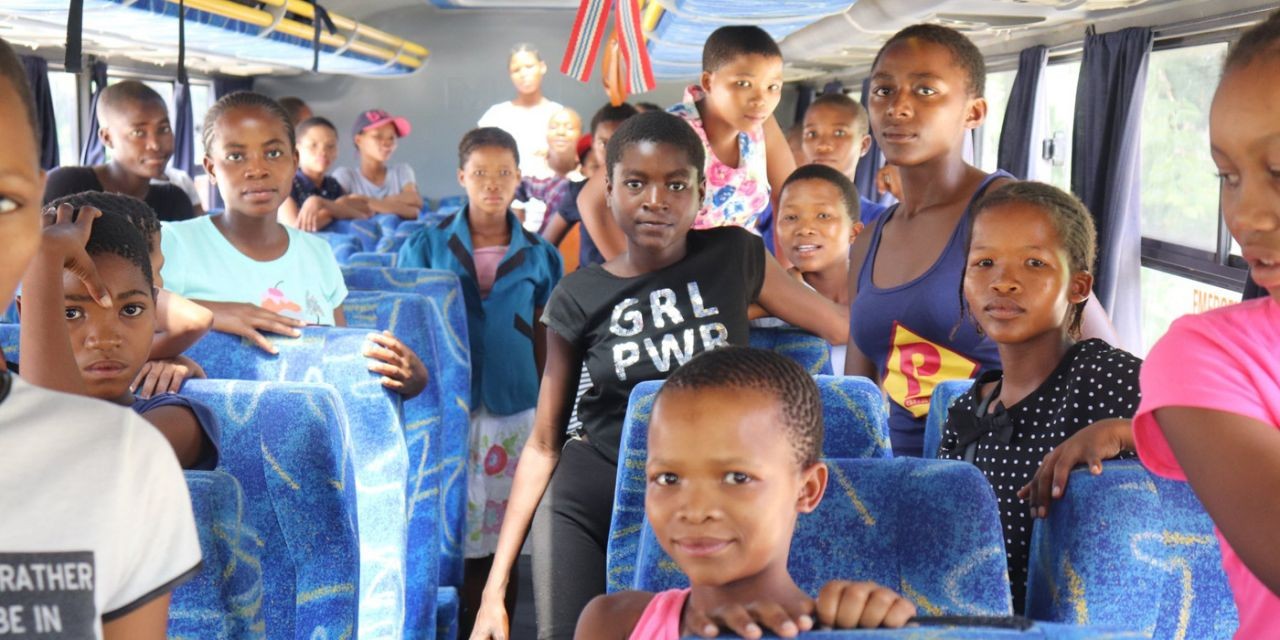 I, Tina a journalist from The Patriot newspaper would like to ask a few questions with regards to the San Matter Project (San Girls Camp).

Tina: Since the establishment of the San Matter Project how many San girls has it managed to help in terms of reducing the school dropout rate?

The first phase of the San Matter project, funded by the Embassy of Finland, took place in 2016/ early 2017. This phase helped us understand the situation in two regions of Namibia (Ohangwena and Omaheke) and prepare a series of targeted interventions. They form the core of the second phase, also funded by the Embassy of Finland. Most activities will take place in 2018 – it is therefore too early to answer this question accurately.

However thanks to the Canada Funds for Local Initiative (CFLI) we could expand one activity, our San Girls’ Camps, to the Otjozondjupa region. Out of 28 girls who attended the first camp end of 2017 and pledged to come back to school in 2018, 27 indeed came back. This 96% re-enrolment rate is extremely promising. 19 of the girls (70%) were promoted to the next grade while 8 will be repeating their grade in 2018. Again the 70% promotion rate is extremely encouraging.

Tina: Have the root causes of San girl’s school dropout rates been identified through the project and if yes what are they and how are they being addressed?

Various causes have been identified and they include:

1. Cultural discrimination: in schools where San learners are a minority, they are often bullied against by other kids, at times even by teachers. It is therefore difficult for them to enjoy their time in school. The essence of the San Matter project is to help schools to become more San friendly.

2. Early child marriage: San girls are often pressurised by their families to get married soon after they start menstruating. The San Girls’ camps discuss issues around sexual and reproductive health.

3. Distances to school: some girls stay too far away from schools and it is difficult for them to come to school. This is unfortunately an area where the project can have only a limited impact on.

Tina: Who has funded the project and how much has been invested thus far?

The Embassy of Finland is supporting the second phase of the project with a kind donation of 105,000 euros. Twelve schools in the Otjozondjupa region and twelve in the Omaheke region are benefiting from the program. The program includes among others a tour of the OYO dance troupe to all the schools, a five-weeks training of a local San youth group followed by a tour to all the schools, an exchange program for school managers to brainstorm on how to make their schools San friendly, a school San friendly competition, two San girls’ camps per region.

CFLI has invested over N$ 110,000 in the two San girls’ camps that happened in the Otjozondjupa region.

Such programs can be costly as schools hosting San girls are often located in very remote areas difficult to access. However it is important to bring the service to the girls and reach them where they live and where they school.

Tina: I read on an online post on OYO’s Facebook that one of the girls that took part in the San Girls Camp received a bursary how has this helped her and are there any future plans to offer more girls bursaries?

We were indeed thrilled to learn that one of the girls part of the camp not only re-enrol at school, but got a bursary to attend the prestigious Vision School in the Kavango region. We cannot take the whole credit for her achievements: it is first and foremost her own achievement. She deserved the bursary as she had worked very hard and is a bright girl. However we do hope her example will motivate others. No matter where you are from or from which ethnic group you belong to, you can succeed. If you work hard, if you commit to your education, you can succeed. Many San children do not have positive examples to follow. For example out of the 28 girls attending the camp, only two had siblings who had completed school. It is important to promote young San girls who succeed, complete their education or – as in the case you mentioned – get bursaries in order to motivate others.

Tina: Are there any plans to take in more girls into the camp so that more San girls are able to have the same opportunities as the rest as there is quite a number of them that come from marginalised backgrounds?

It is unfortunately a cost limitation. Camps are difficult to organise. We invite 5 girls per school. They have to be transported on a Friday afternoon to the venue, and back to school on Sunday afternoon. Accommodation and catering, including blankets and toiletries, then need to be organised for the weekend. The logistics are quite daunting. But yes, we would like to organise more camps and invite more girls as results obtained with the first camps are very promising and we strongly believe such interventions can have a huge impact. We are currently looking for additional partners. Unfortunately potential partners we have approached so far didn’t answer favourably. But should we find additional partners, we would like to expand the project to other regions and reach more San girls.