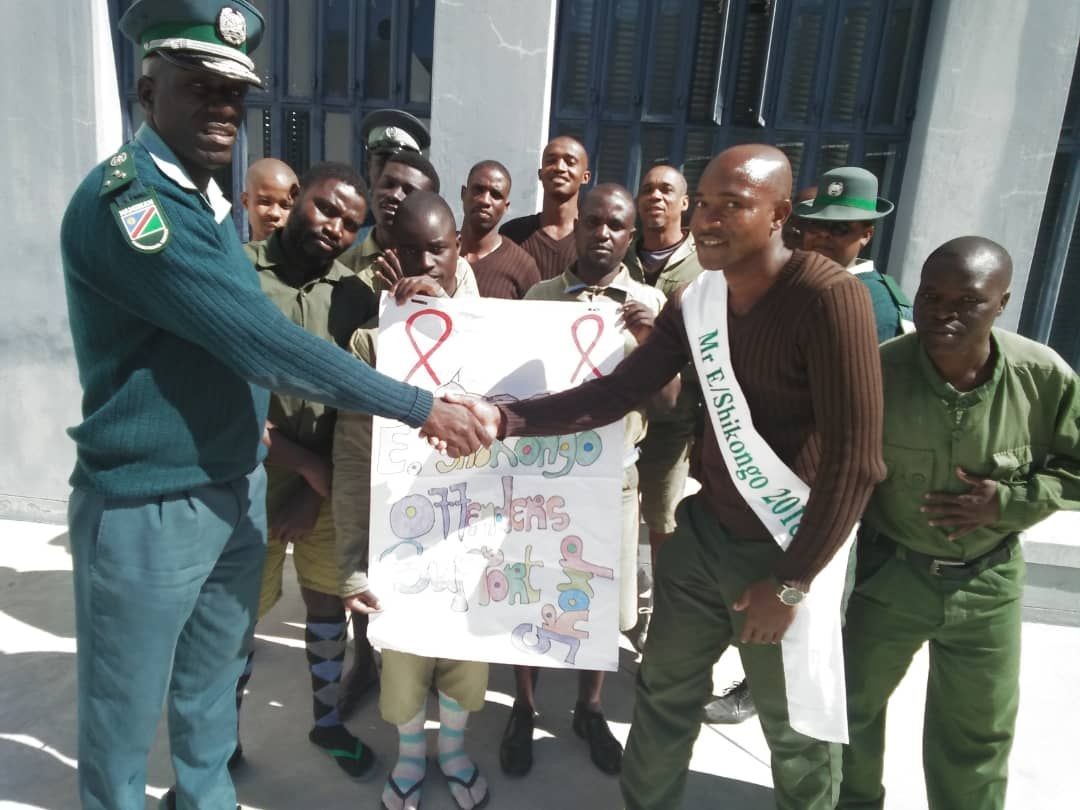 WHEN INMATES LEAD THE PATH

For several years now the Ombetja Yehinga Organisation (OYO) has been working with offenders in various correctional facilities in the country. Dr Philippe Talavera, OYO’s director, explained ‘the aim of the ‘in and out’ project is to address issues around HIV with offenders. It is actually a difficult topic. Since sodomy is still classified as a crime in Namibia, we don’t have condoms in correctional facilities. Yet we have many young men imprisoned for several years. Most are at an age when they are sexually active. How can we deal with needs and wants in this case? How can we make sure people make informed choices? How can we ultimately promote the rights to sexual and reproductive health to all Namibians, including those behind bars? Those are some of the questions behind this project.’

As part of the project, OYO organizes regularly one-week Arts workshops with offenders. ‘At OYO we use Arts to create social awareness’, continued Talavera ‘We believe the Arts can help us make a difference in the lives of many’. Through role-plays, songs and dance, offenders learn, share, express themselves and ultimately can become themselves ambassadors for change.

A good example is the recent launch of the ‘warriors of change’ Support Group at Evaristus Shikongo Correctional Facility. A group of inmates decided to launch the support group to help others. In particular, they pledged to share the knowledge they gained on HIV/AIDS with other offenders, especially with newcomers. They will also wash blankets and shave heads of elder offenders who may be too frail and have campaigns to keep the facility clean. Njandee Mbarandongo, OYO’s youth development coordinator who has been working with the group, explained ‘most offenders actually know they have made a mistake. But given a second chance, they are willing to try and make a difference. First, they can make a difference in their own facility. Later, upon release, they can also make a difference in their community. We must just all learn, as community members, to also give them a chance. They should not be judged just on their past mistake but also on how they have changed.’ The Warriors of Change Support Group is also planning outreach programs to address issues around Gender-Based Violence (one of the leading cause for imprisonment) with learners in schools around Tsumeb.

Similarly in March the Tulongeni Pamwe Support Group was launched at the Walvis Bay Correctional Facility. In both cases the Officer in Charge, the Social Worker attached to the facility and all the employees from the facilities have been instrumental in supporting the initiative. Deputy Commissioner L. Mahundu, officer in charge at E. Shikongo Correctional Facility, congratulated offenders for their initiative while in Walvis Bay Senior Superintendent Kambonde officiated at the official launch of the Support Group.

The ‘In and Out’ project is made possible thanks to support from OSISA. The program will run until December 2019. 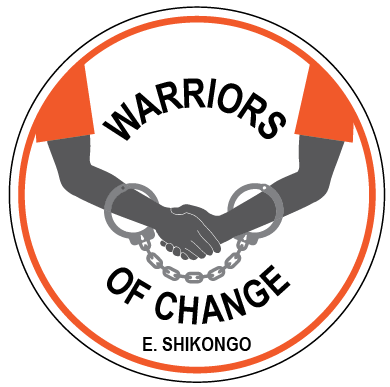