LAUNCH ‘AN EVENING WITH YOU’ INITIATIVE 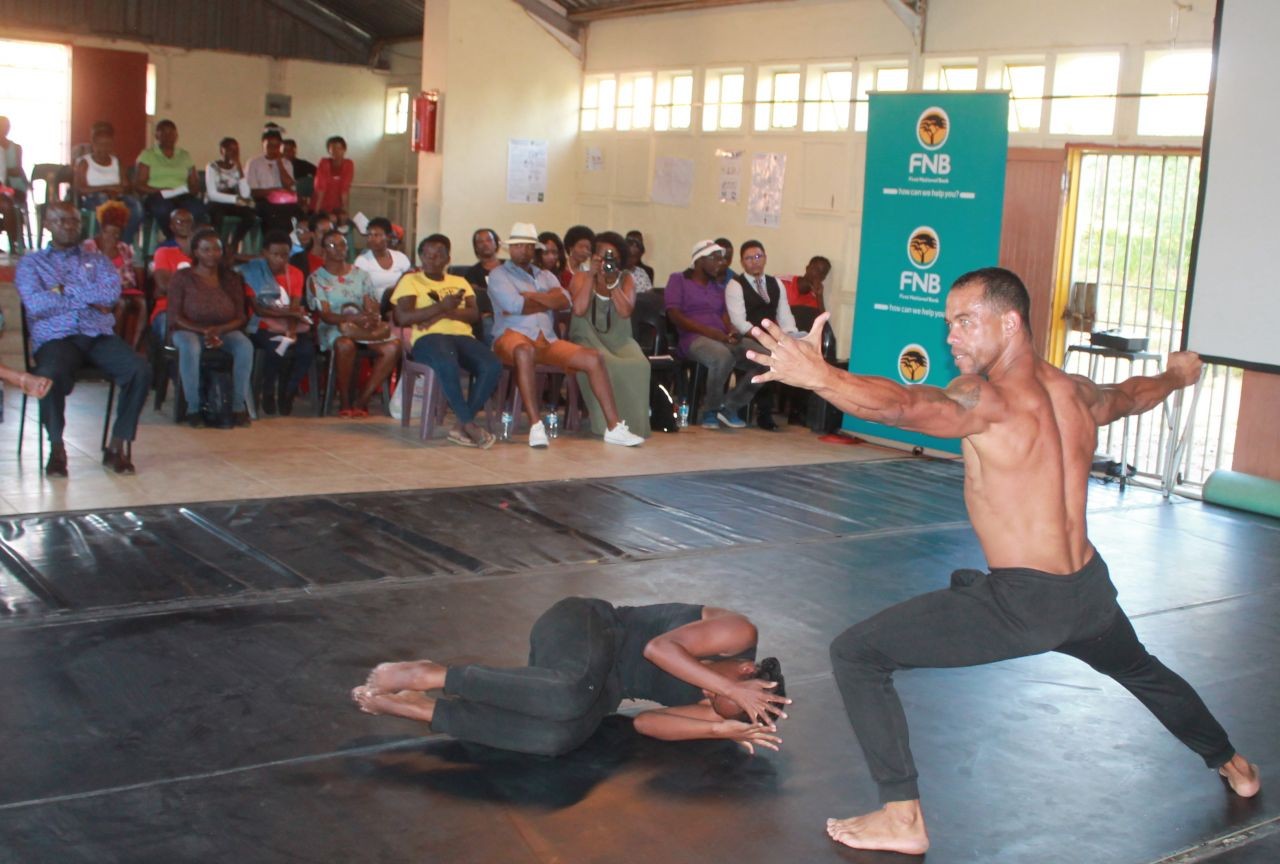 The Ombetja Yehinga Organisation (OYO), a Namibian Trust aiming at creating social awareness using the Arts, launched its new platform ‘An evening with YOU’ on Wednesday 11 March 2020 at the Franco-Namibian Cultural Centre.

Dr Philippe Talavera, OYO’s director, explains ‘too often audiences in Windhoek don’t have a chance to reflect on plays or performances presented to them. They sit in the audience, watch, clap hand in the end and go back home. But some of our performances aim at creating a discussion. We feel watching is not enough. People have to become more engaged with the various issues we talk about. It is a way for us to encourage people to become active citizens.’

The first event addressed the issue of Gender-Based Violence. It was presented at Hakahana Community Hall (10/03) and then FNCC (11/03). To attract the audience the OYO dance troupe premiered its piece ‘Concrete Angels’, led by Jeffrey Ndjahera, Monray Garoeb, Mary-Jane Andreas and Desmond Kamerika, with El-Junita Philander, Frieda Haufiku, Osyrin Puteho, Sophie Janser, Nelawrence Somseb and Rick Gawanab in supporting roles. The piece follows a young boy (Ndjahera) who lives with parents who constantly abuse one another (Garoeb and Andreas). While he is not himself physically abused, he can’t concentrate at school, isolates himself and attempts suicide. With the help of his teacher (Kamerika), he starts the long road to recovery.

‘It was very interesting’ explained Talavera. ‘In Katutura people had lots of questions to panellists and discussed in length violence against men, which is often hidden even more than violence against women. At the FNCC some people came up with interesting suggestions such as starting a ‘make a noise’ campaign or projects to educate mothers to tell their daughters that it’s OK to come back home with a broken heart – better than to stay in an abusive situation and come back in a coffin’.

The evening was closed with another premiere from the OYO dance troupe, ‘Let me be’, about sexual violence against children. The piece is led by Desmond Kamerika, Frieda Haufiku, Jeffrey Ndjahera and Monray Garoeb.

‘This is the first of a series’ concludes Talavera. ‘Thanks to FNB Foundation, our partner, we will have another ‘An evening with YOU’ event at the end of May, discussing abortion. We hope the platform will be successful enough that we can continue to engage the public. A Facebook page has been created, called ‘An evening with YOU’, to keep the conversation going. It is important for all of us, as responsible citizens, to get involved in issues that matter.’ 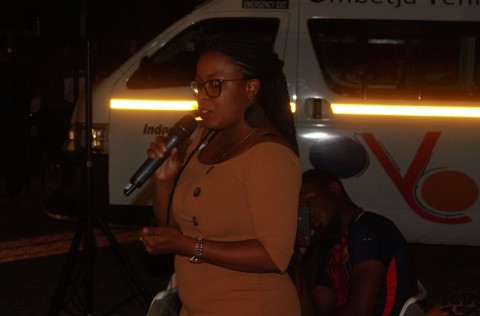 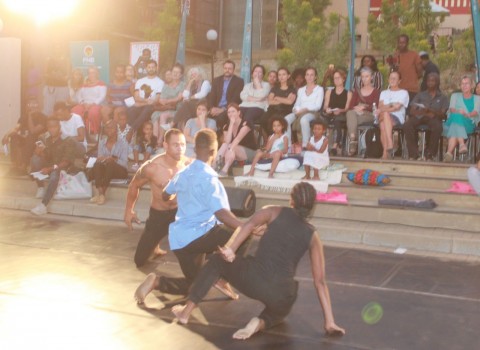 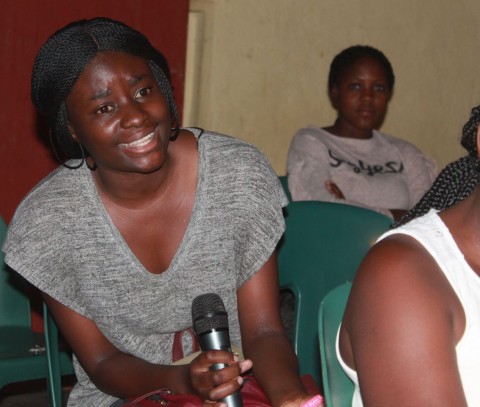 Tweet
OYO has been selected as an essential service prov...
MEDIA STATEMENT: KNOCKING OUT GBV WITH A PIROUETTE