‘Well Wish Ya’ premieres at the National Theatre of Namibia 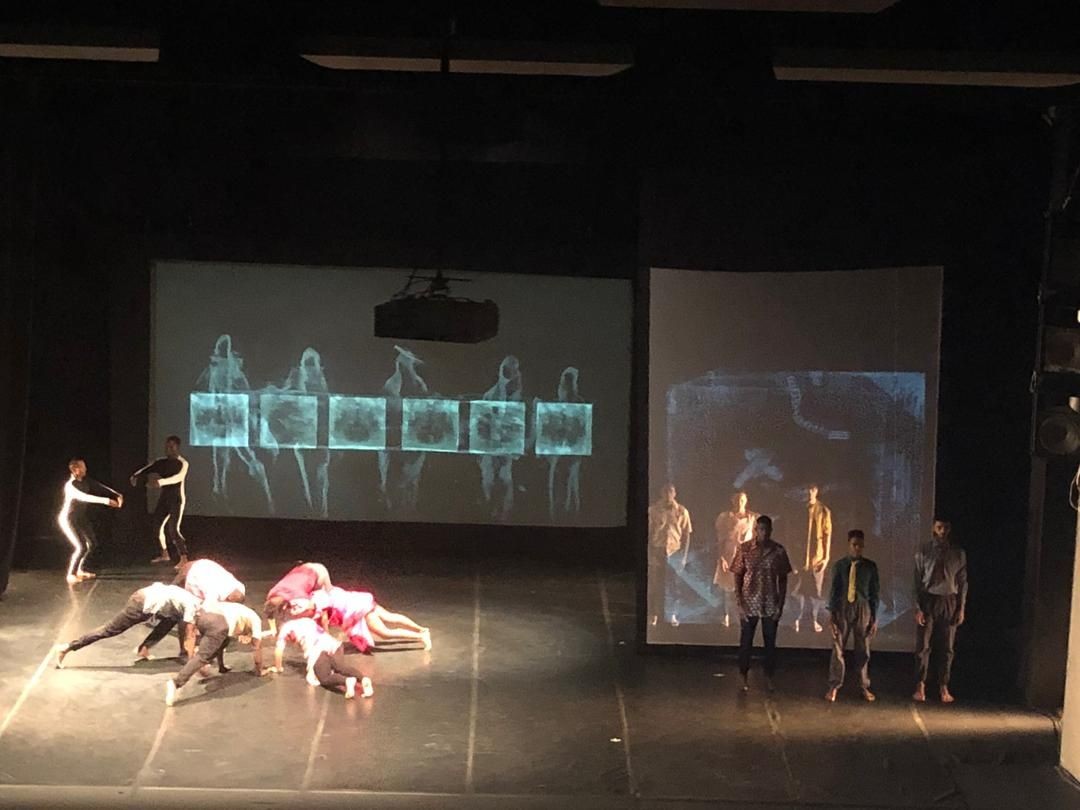 The 10-member dance troupe of the Ombetja Yehinga Organisation (OYO) premiered on 27 March 2019 ‘Well Wish Ya’ at the National Theatre of Namibia (NTN).

In 2008 OYO had its first dance project at the NTN, titled ‘the Namibia Odysseus’. Following the success of that production, OYO got an opportunity to establish the OYO dance troupe in 2009. For ten years now OYO has trained and nurtured young dancers. OYO is the first, and currently only, troupe in Namibia with dancers on its payroll. To celebrate its tenth anniversary, OYO decided to come back to the NTN, where everything had started.

‘Well Wish Ya’ features the work of Internationally Acclaimed visual artist Kevork Mourad. Kevork is a visual artist of Syrian/Armenian heritage currently living in the States. He has exhibited in the US, Canada, Syria, Japan, France, Qatar, Dubai and Germany. He is currently discussing opportunities to exhibit his work at the Louvres, Paris, France. He has worked and toured with many renowned musicians such as Yo-Yo Ma, developing a unique technique of spontaneous painting to project his work during life performances. He has performed in renowned venues such as Carnegie Hall and the MET. In 2016 he was the recipient of the Robert Bosch Stiftung Prize. ‘Well Wish Ya’ will be his first collaboration on the Africa continent.

The piece also features UK-based dancer Elliott Augustine. Elliott is an upcoming dancer currently doing a master in performing arts with the Northern School of Contemporary Dance. He is attached to Phoenix Dance Company in Leeds, UK. Credits include ‘windrush’ by Sharon Watson, ‘Lord of the flies’ by Scott Amber and ‘curtain raiser for sleeping beauty (Matthew Bourne)’ by Lee Smikle. 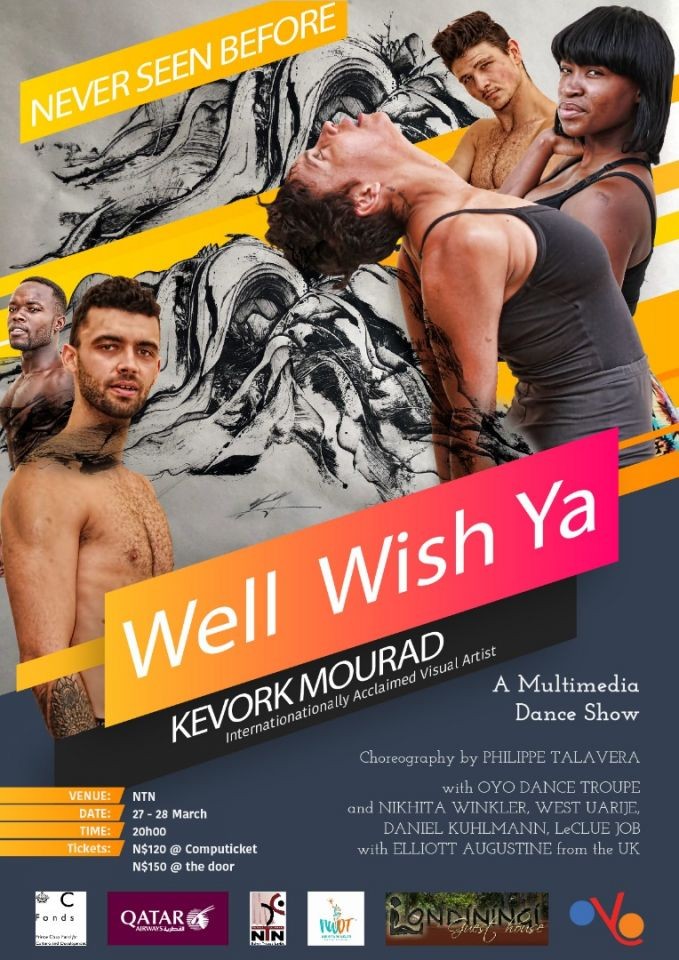 ‘I am very excited about this collaboration.’ said Kevork Mourad. ‘The OYO group is new to me, so I’ve prepared work based on what I’ve imagined of them. I will complete the piece on the ground with them, incorporating ideas and lines based on their movements and energy. I want to be a vehicle to transmit the history we are talking about’.

‘Working on such a huge scale dance project is challenging’ said Talavera. ‘we want to create something totally new. We look at how the past influences us and how, in turns, our actions will influence future generations. The piece is inspires by the idea of reincarnation and questions whether we always repeat the same pattern or can, as the human race, learn to grow and become better. In the wake of tragedies such as what just happened in New Zealand, observing worldwide - and in Namibia - the growing threat racism poses, this piece will ask important questions. In the past Namibia had to survive a genocide. Nowadays, we fight over greed, corruption, tribalism and homophobia. What legacy are we leaving for our children?’

A free matinee was opened to schools on 26 March. Another public performances will take place on 28 March at 8pm at the National Theatre of Namibia. Tickets are N$ 120 in advance at computicket and will be N$ 150 at the door. This project was made possible thanks to financial support from the Prince Claus Fund and sponsorship from Qatar Airways, Londiningi Guest House, DbAudio and the Nikhita Winkler Dance Project.