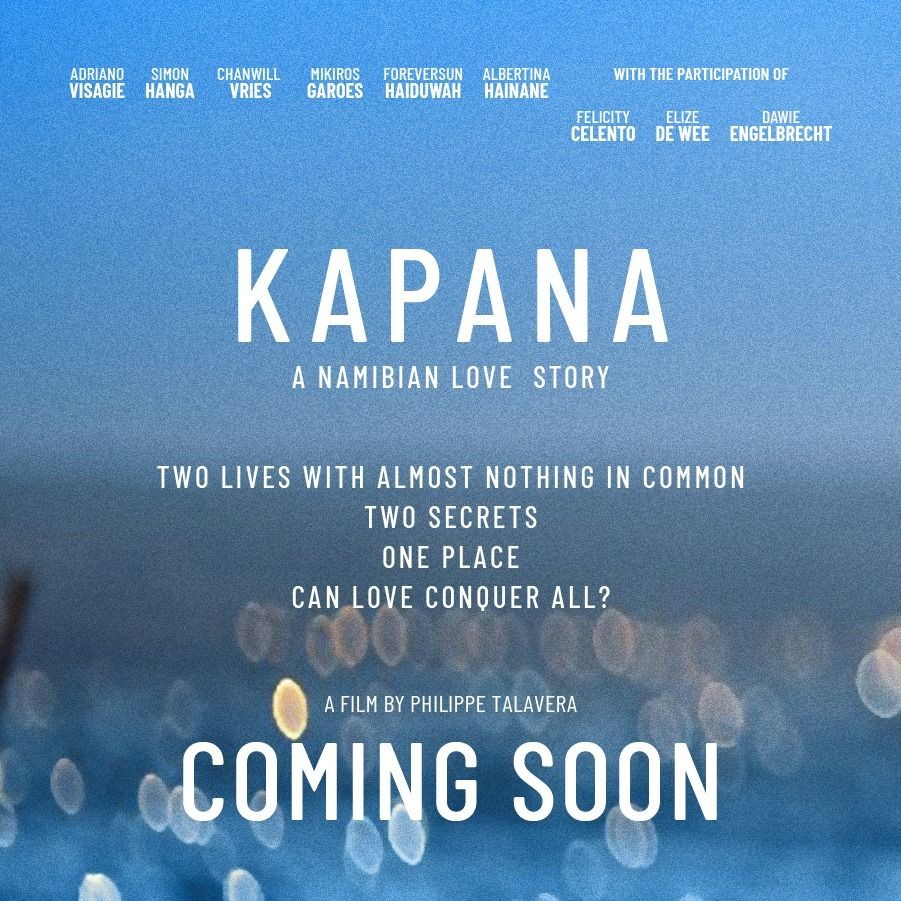 OYO will premiere its latest offering ‘Kapana’ during a red carpet event at Ster Kinekor, Groove Mall, on Thursday 6 August at 6.30 pm. The cast and crew will be in attendance and masks will be compulsory to enter the mall, there will be a spot for photos of all the dashing costumes that will be safe and where guests will be able to remove their masks.

For ‘Kapana’, film director Philippe Talavera resumes his collaboration with Adriano Visagie, winner Best Actor Southern Africa at the Sotigui Awards 2019, who is performing the leading role of George. Written by award-winner Senga Brockenhoff and Mikiros Garoes, ‘Kapana’ is a positive Namibian love story. ‘We hear so much about negative stories, particularly stories involving Gender-Based Violence, that we wanted to do something different, something more positive, yet educational and challenging for the audience’.

When asked to summarise the plot, Talavera said that the best description one can give is the following:

Two lives with almost nothing in common

Can love conquer all?

‘We were lucky to finish principal photography end of last year’, Explained Talavera. ‘The lockdown affected us, but we could continue with editing, music and post-production. It was hard at times to work within the many restrictions that were imposed on us, but everybody was passionate about the project and worked hard to make it a reality’.

‘A premiere is a celebration of the work done by everybody’, said Talavera ‘but we have to make it safe for all those coming. We will maintain social distancing, so only 1 seat out of 2 at the cinema will be occupied. It might be strange to have a premiere to a half-empty cinema, but we want everybody to be safe and comfortable.’

Tickets are for sale at webtickets.com.na and in Pick’n’Pay shops for N$ 120. Only 100 tickets are available so it will be an exclusive event. You can follow the team Facebook, Instagram and Twitter pages (KapanaMovie) – or using the hashtags #KapanaMovie and #ANamibianLoveStory.

‘KUKURI SELECTED AT THE GARDEN ROUTE INTERNATIONAL...
OYO has been selected as an essential service prov...